Not sure if you should exercise whilst pregnant? Here are some good reasons why!
Written by: Liz
Category: Women’s Health
Published on: September 15, 2020 It is amazing that even in this day and age the year 2020, that only 3 out of 10 women are actually meeting the physical activity guidelines whilst pregnant! Yes, you’re probably sitting there thinking these statistics can’t be right.

These are very alarming statistics when we know that exercise is beneficial not only for the woman while pregnant but exercise also has increased benefits to the unborn child.

According to the Australian Bureau of Statistics health survey 2011-2012, out of the 30% of pregnant women who met the physical activity guidelines, more than half (56%) did undertake some exercise specifically for fitness recreation or sport, The other 34% walked as they’re only form of exercise and only 14% under took some moderate activity apart from walking.

As a woman’s pregnancy progresses, the body goes through significant changes such as increase laxity of joints, changes to the centre of gravity and an increase in resting heart rate. Therefore, modifications to their exercise program must be considered. Consulting with a healthcare professional such as an exercise physiologist or physiotherapist with specialist skills in prenatal exercise should be considered.

There are definitely some exercises that should be avoided altogether such as lying on your back after four months for a prolonged period of time. This is because you’re enlarged uterus could decrease the flow of blood returning from your lower limbs and also more importantly it can decrease the blood flow to a major artery which in turn decreases oxygen return to your unborn baby.

For exercising when pregnant consult your doctor or healthcare professional. You may need to modify your existing exercise program or choose a suitable new one if you were exercising very little before getting pregnant. Also you may wish to educate yourself more about the dos and don’t’s during pregnancy to enhance your knowledge as to what your body is going through during this time.

Australian Institute of Health and Welfare. Physical Activity during pregnancy 2011-2012. 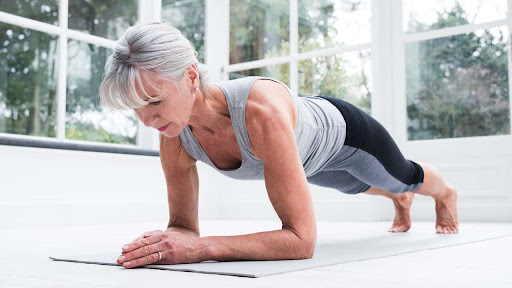 Benefits of Exercise for Osteoporosis Fact Or Fiction – Busting Myths Around Strength Training For Women.  Exercise and disability, why is it so important?